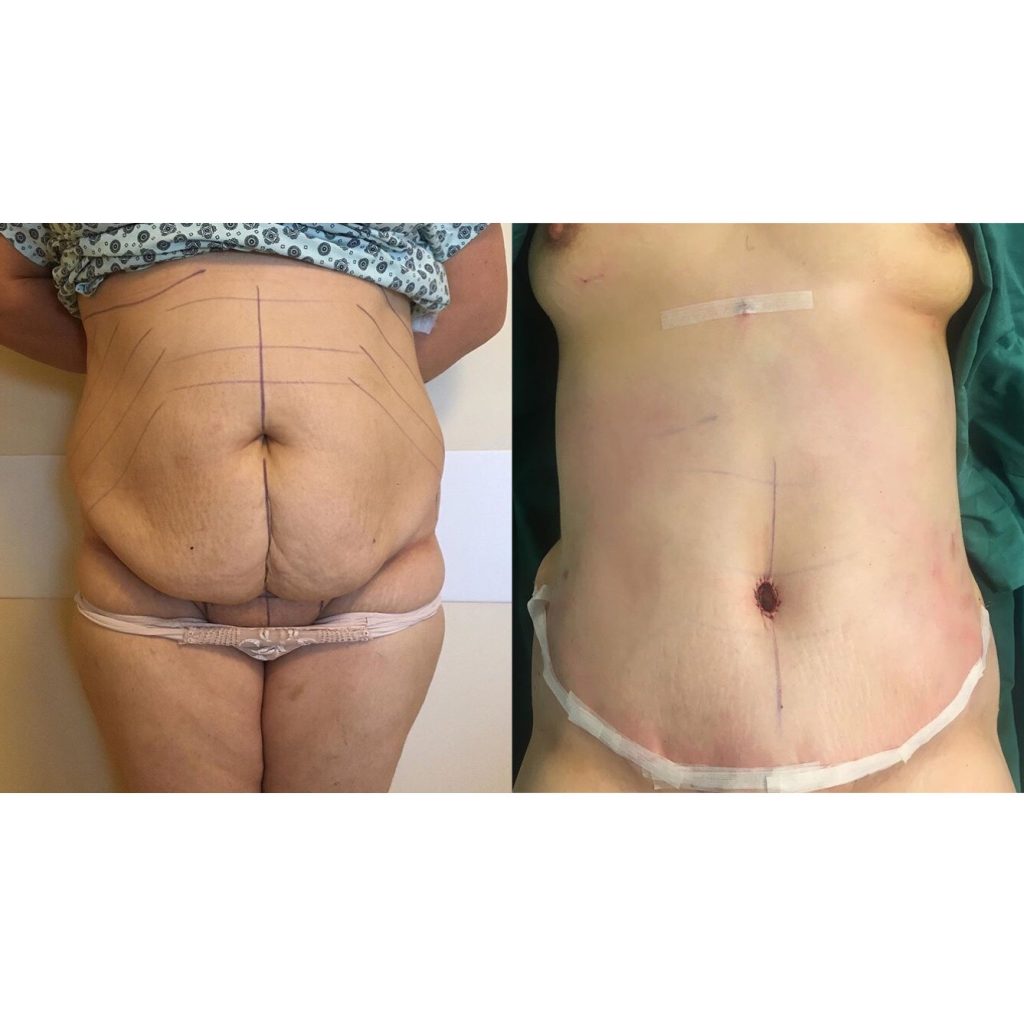 The goal of abdominoplasty is to remove the excess skin and fat by tightening and flattening the abdomen. In addition, liposuction – a technique used to suck the excess fat, is often combined with abdominoplasty to improve the shape and appearance of the body. The end result achieved via abdominoplasty is an aesthetically more beautiful abdomen in terms of appearance, muscle tone, and the silhouette in general. All this is carried out in such a way as to leave behind the smallest scar possible. During the surgical procedure special care is taken to position the scar in such a place that can be easily covered by intimate (inner) clothes or bikini.

Abdominoplasty procedure lasts approximately two to three hours, varying from one patient to the other. It is carried out under general anaesthesia, applied by an anaesthetist. The presence of the anaesthetist allows the doctor to fully concentrate and achieve the best aesthetic result, without dividing their attention among the intervention and the monitoring of the vital signs of the patient.

The abdominoplasty incision is carried out way down the abdomen. If a caesarean scar already exists, the later is removed during the surgery. The incision is situated low enough to be easily covered by intimate clothes or bathing suits. Also, the incision made by the doctor during the surgical procedure enables the elimination of stretch marks caused by pregnancy in some women. To achieve the best result possible, the incisions are closed very carefully.

After the intervention, the patients are encouraged to walk in the evening (after 6 hours) in order to prevent the blood coagulation. The persons undergoing plastic surgery remain under continuous monitoring by our surgeons. They are also required to periodically check the post-intervention lesions at the clinic up to the patient’s full recovery. The recovery period, during which the routine daily activities are resumed, lasts one to two weeks. Excessive activity or weight lifting must be avoided during the first three up to four weeks after the intervention. They can be gradually resumed later on, once the abdomen muscle has been strengthened. If combined with a balanced diet and regular physical activity, the abdominoplasty and mini-abdominoplasty results remain stable in time.

Click on the photo to see examples of our patients:

Aesthetic Operations for the Body